Fifteen year old Katelin has her whole summer planned, keeping busy to make it past the first  anniversary of her father's death. She thinks she has everything under control, that is until her mother announces she and her brother would be spending time in the Appalachian Valley with their great-grandmother. She finds herself in the valley surrounded by a dense forest and nothing else for miles. Life couldn't get any worse.
While her brother Simon finds adventure at every turn, Katelin fights her exile with every breath. Only days into their visit the forest begins to reveal its secrets, secrets that never leave the valley.
When her Nana goes missing Katelin and Simon must enlist the help of the dwellers of the forest and the land beyond the tear in the world to find her. Faeries, talking birds, and the gentle trolls band together with Katelin and Simon in a frantic race to save Nana and bring her home.
When Katelin accidentally transports herself to another world filled with vile creatures and killer trolls she know she must survive at any cost, she is the only hope for saving Nana. 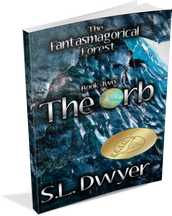 Katelin's second summer in the valley is interrupted when a stranger appears in the fores, and he's a Faery, like Lueralene. Faeries are normal here in the forest, except Lueralene is supposed to be the only one of her kind in this world.
When they learn the Faeries world, the beautiful land of Suweiland, is threatened by Wren, brother of the late Lord Brin, they must rush home to secure the last item Wren needs to control all the magic - good and dark. It is up to Katelin, along with the tall Faeries, Lueralene and Anion, and the little Faeries to retrieve the Orb, the stone that controls all the good magic, and prevent Wren from destroying their world.
During their journey through the land of Suweiland to reach the Orb, Katelin finds herself falling for Anion. But he's a Faery and humans and Faeries don't mix. Sadly, she knows that at the end of this quest , she has to return to her own home and leave him in  the Faeries world. Or does she?
Another summer and another adventure. Katelin can't seem to come to the valley without finding herself in a dangerous situation and rushes headlong without thinking twice.

Winner of the Brag Medallion 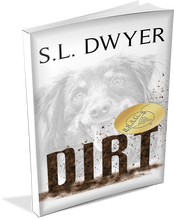 When thirteen year old Sammy wakes to find he is now an orphan, he vows never to go to the state home ad be separated from the last of his family, seven year old sister Birdie.
He discovers a strength he never knew he owned along with a might big dose of fear. Holding on to the pretense that their parents are still there, Sammy and Birdie learn the art of lying and the terrible burden it add to their lives.
Finding friendship and help from others brings Sammy to the realization that a good heart is sometimes disguised.
A mangy stray dog, a cantankerous old woman, and the general store owner become the lifeline the children need to survive. When a drifter enters their lives and terrorizes them with threats to take all they have, even their lives, a hard reality of good and evil sets Sammy into a soul searching reason to continue the lies or give up.
Sammy is a young boy who is at a time in his life where he needs a guiding hand, but instead, is shoved into the world of adults, a world he struggles to navigate.
Determination, grit, and perseverance propel Sammy through the toughest of times.